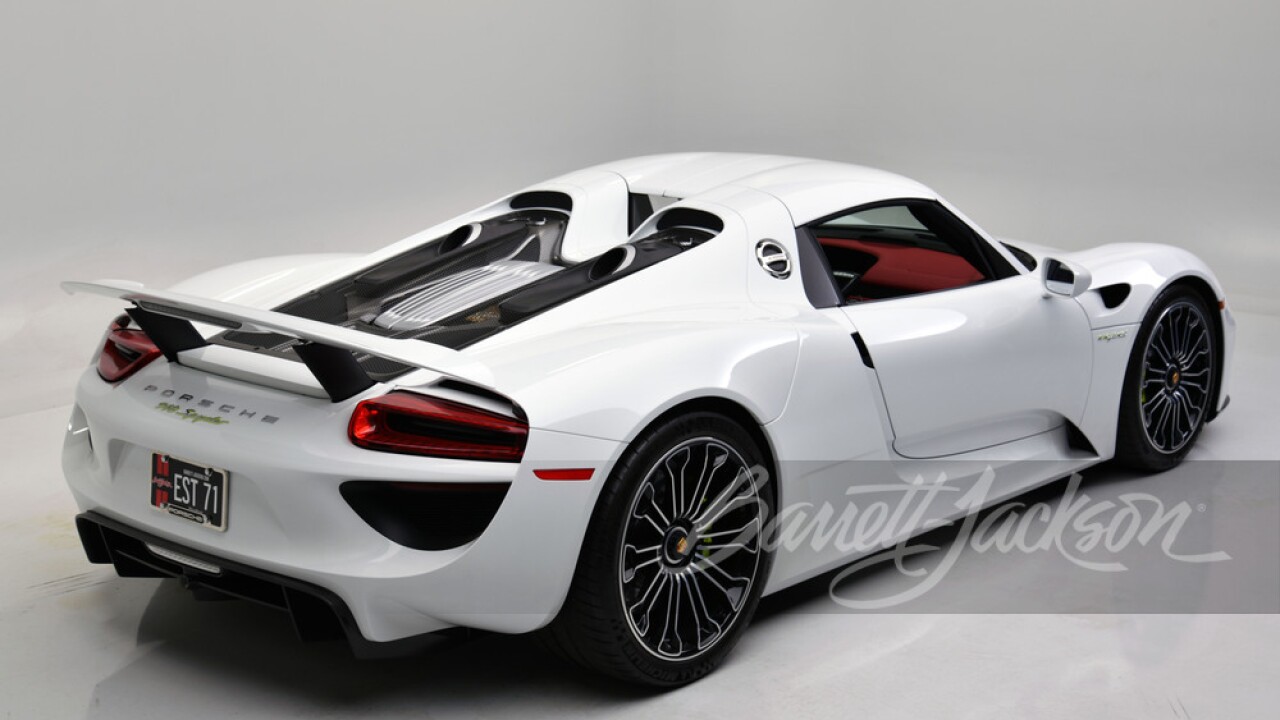 SCOTTSDALE, AZ — Barrett-Jackson’s 2022 Scottsdale auction begins Jan. 22 at Westworld and vehicles of all kinds are up for grabs.

Here are 11 of the top vehicles— including extremely rare cars — on the docket for the 2022 event, which runs through Jan. 30.

This off-road vehicle is like no other — six driven wheels, three rigid axles that can operate autonomously, and a turbocharged V8 engine.

It was built in Austria and has spent most of its life in California.

This CSX 3356 Shelby Cobra was originally sold by Paradise Ford in Scottsdale in 1967. It was red and had a black interior, and was owned by numerous collectors.

In the early 1990s, it was fully restored and repainted blue with white stripes. It received upgrades like widened fender flares, a relocated battery, a revised dashboard and trunk, and more.

This Ford GT is inspired by a Le-Mans-winning car driven by Bruce McLaren and Chris Amon.

This 647HP engine boasts top speeds of over 216 miles per hour.

Its first owner — the Ministry of Police in Havana, Cuba — received the vehicle in June 1955. It took first place in the 1957 Havana Gran Prix National Race and first place in record time at the IV Classic Havana Rally.

It was special-ordered in Strawberry Red Metallic paint but has since been repainted a similar color. It has factory beige leather interior and custom luggage.

The first hybrid supercar, the McLaren P1, sold out within months of orders opening.

This 2014 dealer-owned model was acquired by supercar collector Sam Lee who had McLaren Special Operations in the UK prepare this vehicle to meet US regulations.

The chassis 24/375 was repainted in Racing Chrome, has racing seats, surround sound, exposed carbon fiber, parking sensors, and is built for both road and track.

This Porche 918 Spyder is one of only 918 produced. The premiere hybrid hypercar was one of the final 2015 918s delivered.

It has a total power output of 887HP and 944 ft/lbs of torque. An independent test showed the all-wheel car to go from zero to 60mph in 2.2 seconds.

This car has just 377 actual miles.

The limited-edition Ford GT features the famous Gulf Oil paint scheme and racing livery of the “Ford GT40 (Chassis #1075) that won the race in 1968 and 1969, making it the only postwar car to win the (Le Mans) race twice in a row.”

This car has interior accents also inspired by the Le Mans winner, a 647HP turbocharged V6 engine, and less than 20 actual miles.

This unique “Lance Reventlow Cobra” was the 32nd Cobra scheduled for production and one of only 73 fitted with the early 260ci Hi-Po V8 engine. It was invoiced to driver and heir to the Woolworth fortune Lance Reventlow in January 1963.

Carroll Shelby and Reventlow raced together on many occasions and it’s believed Reventlow ordered the car with “as many options as possible” to support Shelby.

This car sale will come with the first original rent check given to Reventlow Automobiles Inc. in 1962.