She drew millions of TikTok followers by selling a fantasy of rural China. Then politics intervened 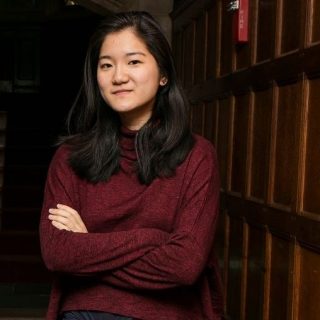 IDEAS Arguments, opinions and essays from a global perspective

On camera, Li Ziqi, one of China’s most darling vloggers, lives a peaceful, enviably pastoral life. In one video, Li spends her morning riding through a misty forest on horseback, collecting magnolia flowers in a wooden basket. Dressed in a sweeping red cape, she looks like a cross between a Disney heroine and a mythological Chinese princess — something that taps into a current craze for traditional hanfu clothing, popular among young people nostalgic for a simpler, pre-industrial past of rites and etiquette. At her Sichuanese countryside home, off the grid and entirely self-sufficient, there are no signs of modern life: no smartphones, laptops, money, or microwaves. She returns to cook the flowers on a traditional stove fueled by dry hay, preparing magnolia pastries from scratch. “I’m hooked,” one YouTube user commented. “Straight out of a dream.”

Scenes from Li’s life — harvesting jujube dates, hatching ducklings, and simmering peach blossom wine — have mesmerized audiences around the world. She’s drawn a following of 55 million on Douyin, the local version of TikTok, and a YouTube subscriber base of 16 million (where she gained the Guinness World Records title for the most subscribers to a Chinese-language channel). She is beloved by fans from China to Portugal to Bangladesh, was named an “ambassador” of Chinese culture by the Communist Youth League, and dubbed “Quarantine Queen” by The New York Times. She is a balm for her followers’ high-pressure, screen-centric, time-constrained existences. Through her, they live vicariously in an online Eden, where pollution, industrial food chains, and coronaviruses cease to exist.

But in reality, Li Ziqi is a complicated brand. Although she has created a virtual escape from the technological ills of modernity, her success is built around the very things that her lifestyle rejects. From a one-woman production, shot on iPhone, she has become a full-blown business, complete with a videography and publicity team. At her online Li Ziqi store on the e-commerce site TMall, eager fans can purchase her prepackaged Sichuan hot pot mix, her luosifen river snail rice noodles, and Li Ziqi–branded scented candles. More recently, Li herself seemed to have grown aware of the disconnect: in July, she abruptly went offline, ceasing to make or post any new content. Fans and investors are still struggling to digest her re-entry into the spotlight on October 22, where she publicly denounced the influencer economy, then sued the influencer agency Hangzhou Weinian Brand Management, responsible for managing her online empire.

Since her career’s beginnings in 2017, Li had been a kind of political poster girl for the rewards of countryside entrepreneurialism, with her meteoric rise coinciding with a government shift toward a policy of “rural revitalization.” Li moved to the cities when she was 14, working as a restaurant waitress and a nightclub DJ, according to a profile by People’s Daily, before deciding to return to her home in rural Mianyang, Sichuan. Many rural influencers like her were people who once migrated to the city, seeing it as a land of opportunity, observed Han Li, a professor of Chinese literature at Rhodes College. “When I worked in the city, it was about survival,” Li said in an interview with Goldthread. “Now, when I work in the countryside, I feel like I’m truly living.”

This nationwide turn toward the countryside has resulted in the explosive growth of a corresponding set of influencers, who are celebrated as the drivers of a new rural economy. The vlogger Xiangye Yatou (Country Wild Donkey), for example, livestreams her family life as an ethnic minority in Hunan province, selling honey and chrysanthemum tea from her village and promoting local tourism. Qiaofu 9mei (Clever Woman), a housewife in Guangxi province who tapped into the short-video boom by posting videos of her everyday cooking, makes 1.5 million yuan in sales (around $235,000) a month selling locally grown village produce, from oranges to chile peppers, online.

Seeing the opportunity to align with state priorities and new audience appetites, tech companies quickly jumped onto the rural vlogger bandwagon. In 2018, ByteDance poured 500 million yuan into supporting sannong creators, who produce content related to agriculture, farmers, and villages. Their competitor Kuaishou launched a “Happy Village” campaign to support 3.75 million users from poorer areas. Alibaba’s Taobao Live has turned into something of a “farmer’s market of the 21st century,” where rural vloggers livestream and peddle everything from tea to potatoes to chili sauce.

Until now, the Li Ziqi empire itself has been powered by an army of workers who keep production oiled and running within Hangzhou Weinian, the influencer-management agency. Li’s social media campaigns and food brand are both managed by Weinian, which holds a 51% share of the company joint-owned with Li, Sichuan Ziqi Culture Communication. At Weinian’s glitzy Hangzhou headquarters, Li’s operations take up an entire building.
Her signature river snail rice noodles, sold in instant noodle packets on her TMall online store, have become so popular that the brand announced plans to build factories just to produce them in bulk. They remind me of the rows of identical glamping chairs and tents that I’ve seen popping up in ecotourism sites all across China, from Dalian to Dali — a fabricated experience of rurality for burned-out urbanites. “Does someone like Li Ziqi alleviate rural inequality?” asked Carwyn Morris, a researcher of migration in China at the University of Manchester. Or do Li’s profits from the countryside simply flow back to the city — to the advertisers, e-commerce platforms, and influencer agencies?

To Western eyes, Li represents another version of the Disneyesque, exotic Orient, a “Cinderella of the East.” In China, she embodies a romanticized and timeless past, unburdened by history. “She’s creating this utopian idea of the countryside if we could ignore industrialization, Maoism and the Great Leap Forward, opening up and reform, the countryside brain drain,” said Morris. As state-run television station China Central Television has praised Li, she is “telling the good China story,” filled with “positive energy.”

In Li’s videos, viewers found solace in a fantasy that is simple, unchanging, and untouched by the chaos of the outside world. That fantasy dimmed when, in July, she disappeared from online life. In August, her assistant made a cryptic post on Weibo to address her silence: Li Ziqi had “neglected many real-world problems,” and was “taking time to resolve some issues.” A few days later, Li posted a photo of herself filing a report at a police station: “Capital indeed has its good tricks!” read a comment she wrote under the post. She deleted the post shortly after.

Chinese social media swirled with rumors, speculating a profit-breakdown dispute between Li and her management. International news outlets guessed that Li’s silence was connected to the broader crackdown on online celebrities, such as the condemnations of actors Kris Wu and Zhao Wei, and the censure of online fandoms, which took place around the same time. Some fans wondered if she’d been driven underground by the pressure of the “Kimchi Wars” — a nationalist spat between Chinese and Korean netizens that exploded in the comments section of one of Li’s videos about harvesting and preparing pickled vegetables.

After a largely unbroken three-month hiatus, she finally resurfaced with a deft, two-step move: first, appearing for an interview with CCTV; then, only days later, filing a lawsuit against Hangzhou Weinian. When the CCTV host asked her about her plans for the future, she explained that she wanted to do work related to “rural revitalization” and “common prosperity,” and “guide youth … away from becoming influencers,” toward a path of “positive energy,” parroting all the hottest official keywords of the day. “I think of myself as a new socialist farmer,” she said. In distancing herself from the “bad values” of the influencer economy and aligning herself with the “good values” of the Party, she cut ties from one patron and cozied up to another. She is yet to upload any new, full-length videos.

People loved Li Ziqi because they believed that she, unlike her viewers, is free from the hyper-productive, capital-fueled, politically fraught world that they wake up to every morning. They believed that she was independent and beholden to no one. But behind the camera, Li Ziqi is just another player in the platform economy — on one hand, entangled in the profit-making machine of the short-video industry and, on the other, bound to the shifting rhetoric of Party politics — very much unfree, trapped within the same “real-world problems” that have ensnared the rest of us.