Purchased by Rick Hendrick’s  a couple of years ago I talked with Rick around the trailers at Barrett Jackson he had nothing be great answers.  What a person.

Concepts can look as astounding and eye-catching as you want them to be – the only limit is the imagination of the designers. Production cars on the other hand may take design queues from concepts, but that’s about it. Regulations mean all the most impressive design and features have to be ditched. This is no different. This also looks like a computer render – I doubt very much this physically exists.
Audi RS9 2021 Price. Coupe: $172,850. Spyder: $185,050. Efficiency Coupe: $198,850. Performance Spyder: $211,050

Worthy of the track.

Developed alongside the R8 GT3 LMS race car, the Audi R8 Coupe shares almost 50% of the same parts. Its main attraction is its 5.2-liter V10 FSI® engine that produces up to 602 HP.

TOTAL PACKAGE: A 427 Cobra With All The Right Stuff For Street Or Track 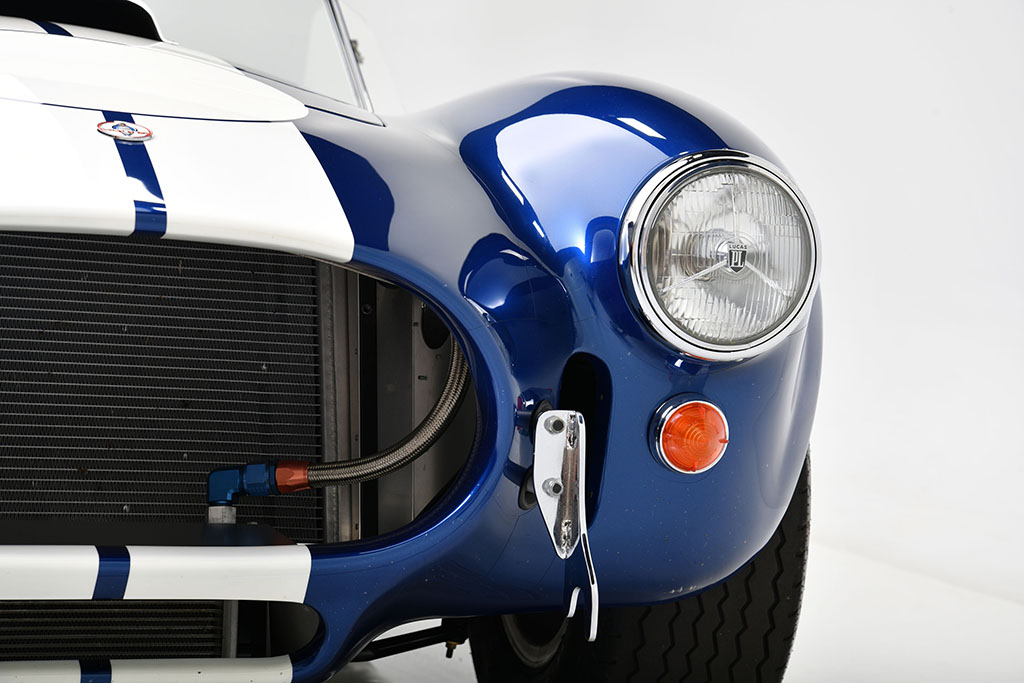 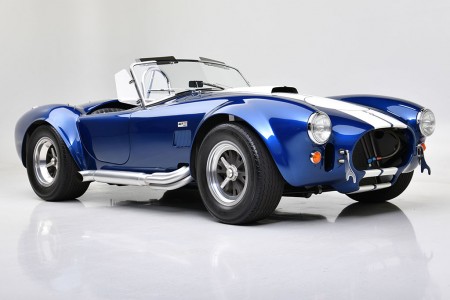 A bone-stock, unmodified Shelby Cobra is genuine treasure, but the truth is, most Cobras led very interesting lives. They progressed from street to track to show field and back again, usually modified along the way to best suit their new environment.

The 1967 Shelby Cobra 427 featured here (Lot #1397), which will be offered with No Reserve at Barrett-Jackson’s Scottsdale Auction, January 22-30, is one such car. It has a lot of stories to tell. Billed to Shelby American on December 14, 1966, CSX 3356 was originally sold by Paradise Ford of Scottsdale, Arizona, in 1967. Straight from the factory it was red with a black interior and powered by a 427 cubic-inch side-oiler V8 engine with a single 4V carburetor. 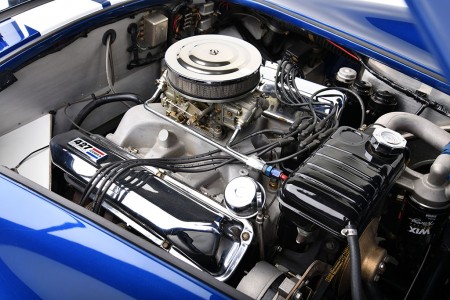 In the early 1980s it headed east to Texas, where it passed between Shelby enthusiasts in those heady early days when people were beginning to appreciate the collectibility of a 427 Cobra. CSX 3356’s trail picks up in California in the 1990s, where it received a full restoration from Mike McClusky. 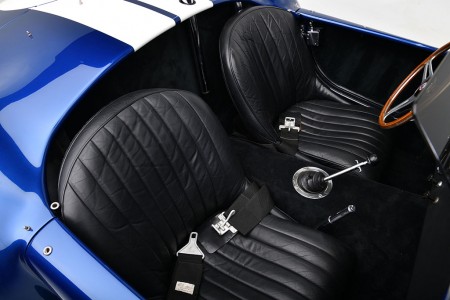 It was at this point that the Cobra had all the upgrades to S/C status incorporated, a popular move for Cobra owners. The S/C, as Shelby fans know, stands for Semi-Competition. When Carroll Shelby introduced the 427 Cobra in 1965, he started with Full Competition models. Interest lagged initially, so the 427 S/C Cobra was Shelby’s attempt to goose sales by crafting Cobras that would be comfortable on both Main Street and flat-out on a road course in pursuit of a checkered flag. The S/C was an unmatched beast on the street, and buyers responded. “Semi” Competition or not, the S/C always leaned more to the competition side of the equation, maintaining most of the Competition Cobra’s racing-oriented hardware such as a 42-gallon aluminum gas tank, rear end oil cooler, quick-release brake calipers and 13-quart oil pan. 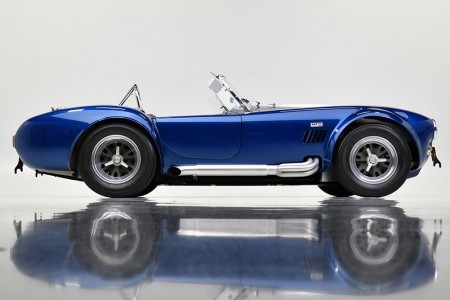 The 427 Street Cobra production ramped up for 1966 and proved the most popular of the three versions. But through the years, key S/C features such as the fiberglass scoop riveted to the hood, side pipes and 3-point roll bar have proven irresistible to Cobra buyers and restorers. It is not at all unusual to attend a Shelby meet and find Cobras with a mix of Street, S/C or Competition features incorporated, reflecting the multitude of ways these cars are enjoyed.

Although there’s no mistaking the S/C profile of CSX 3356, perhaps the most visible change on this Cobra was the switch to the gorgeous metallic blue with white stripe paint scheme. It also has the early taillights, oil cooler scoop, widened front fender flares and lipped rear fenders. The battery was relocated to the trunk, a common racing modification that improved weight distribution and isolated the battery from the heat of the engine. Even simple Cobra comforts such as door pockets were left off the no-nonsense S/C, and that purity of purpose is reflected here too.

The winning bidder will drive off in a car that will be at home on any show field, boulevard or racetrack. The only hard part will be deciding which of those venues to tackle first.

Most ordinary people haven’t been able to mine Bitcoin at a profit for years. As the difficulty of mining the cryptocurrency has increased, most rewards have gone to massive operations that rely on a bunch of incredibly powerful machines. But solo miners with relatively weak setups have found success in recent weeks using USB-based mining rigs.

The most recent example comes from a solo USB miner participating in “solo.ckpool.org,” which purportedly offers “no frills, no fuss 2% fee anonymous solo bitcoin mining for everyone.” The miner solved a block with a rig that had a hashrate of approximately 8.3 terahashes per second (TH/s) and earned more than $215,000 worth of BTC. The types of USB miners used are available from retailers like Amazon and Bitcoin Merch (when you can find them in stock).

The miner in question has a rig capable of an 86 TH/s hashrate, but It was operating at one-tenth that performance when the block was solved. For context, Bitmain recently announced the Antminer S19 Pro+ Hyd, which is capable of reaching a hashrate of approximately 199 TH/s. That’s more than twice what this setup offers.

The difference is even starker when you consider that Bitmain targets miners willing to buy multiple rigs at once. It won’t even sell the container for the Antminer S19 Pro+ Hyd unless the buyer purchases 190 miners. The new rig’s price hasn’t been revealed, but judging by Bitmain’s other products, it likely costs at least $10,000.

Most people can’t really compete with the scale of those operations. However, some miners can still get lucky as the one who solved this block did. Solo miners seem to be enjoying some good luck: Bitcoin.com reported that smaller operations earned between $260,000 to $270,000 i

Does this mean that everyone should think about mining Bitcoin again? Probably not. It’s still a resource-intensive process, and even these solo miners rely on specialized hardware instead of consumer products. This miner, in particular, seems to be using a “stick miner” made by GekkoScience that features Bitmain chips.

Bitcoin is also becoming increasingly difficult to mine, and until its value rebounds from the 34 percent drop it’s seen over the last month, the rewards won’t be as great as they were just a few weeks ago. Still, at least these recent victories have gone to people running small rigs rather than megalithic operations.

Have you wanted to do bitcoin minning but did not want to risk your money with all the expenses.  We have found the best way…https://bitcoinminecave.com   Money in and money out in 5 days:

Once you have done you are free to do it again.  There are not limits at this time.  The company uses the most secure servers at Block-chain.

To start go to web site:

put in your user name and password your wallet and add bitcoin , email and you are done.  The company will send you a test amount to the wallet to make sure.